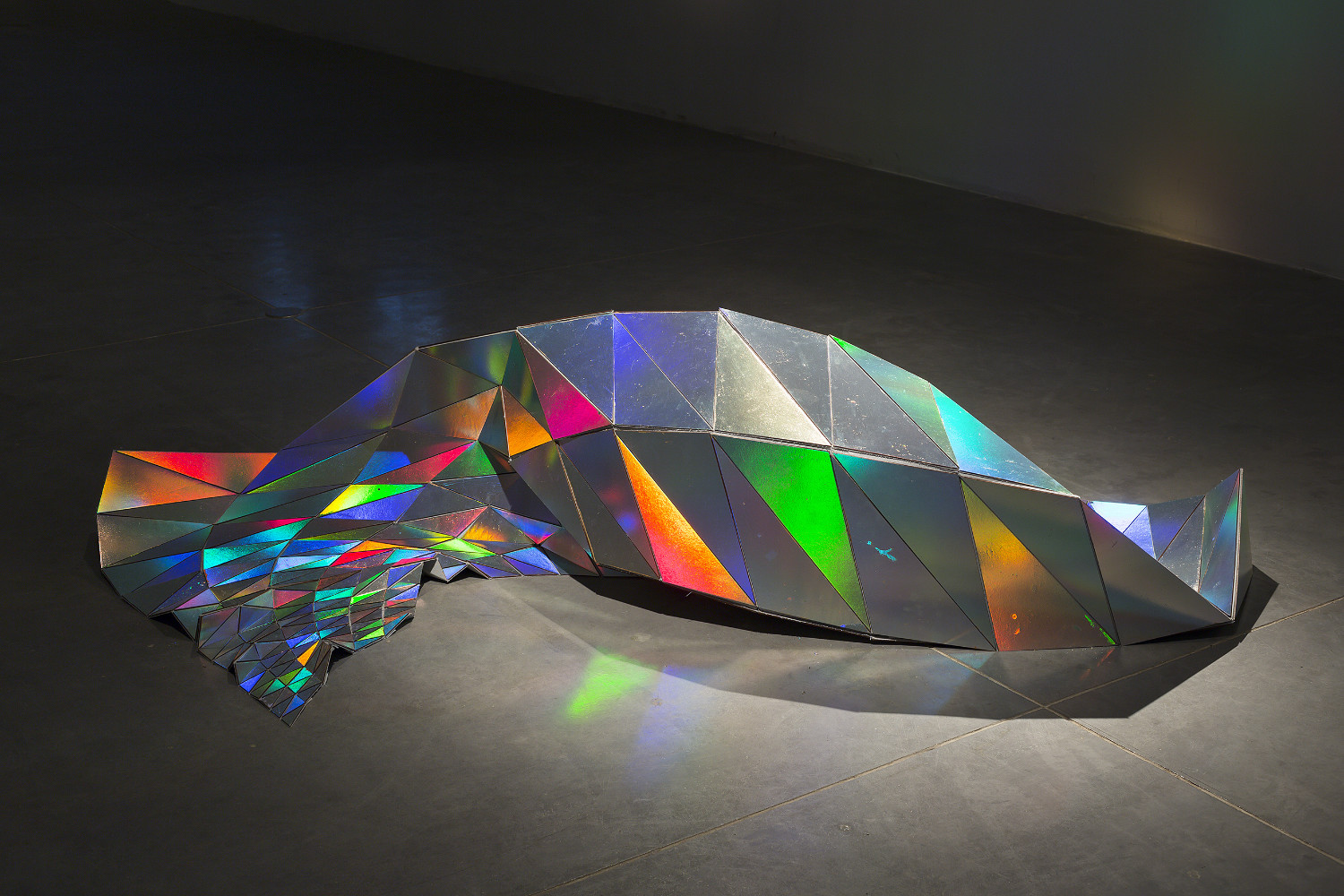 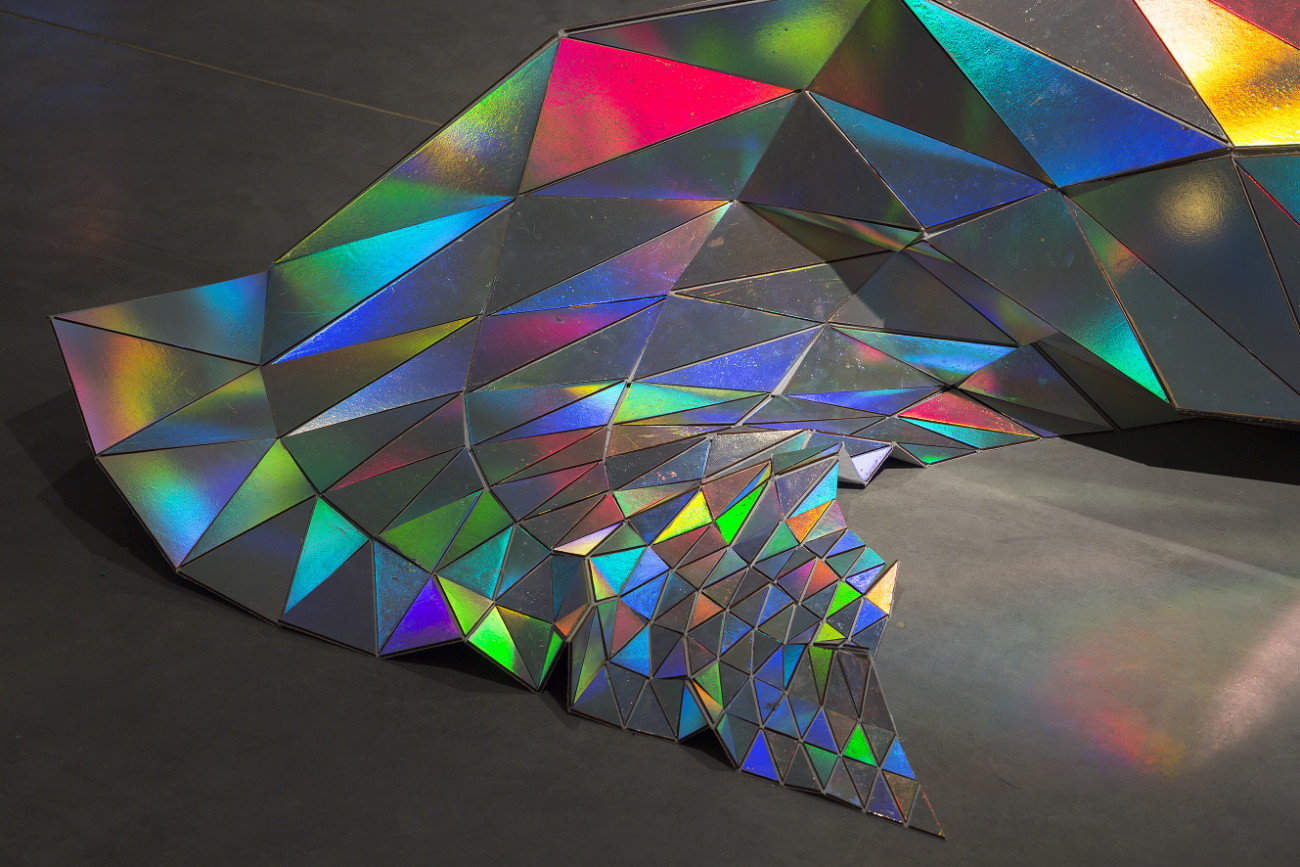 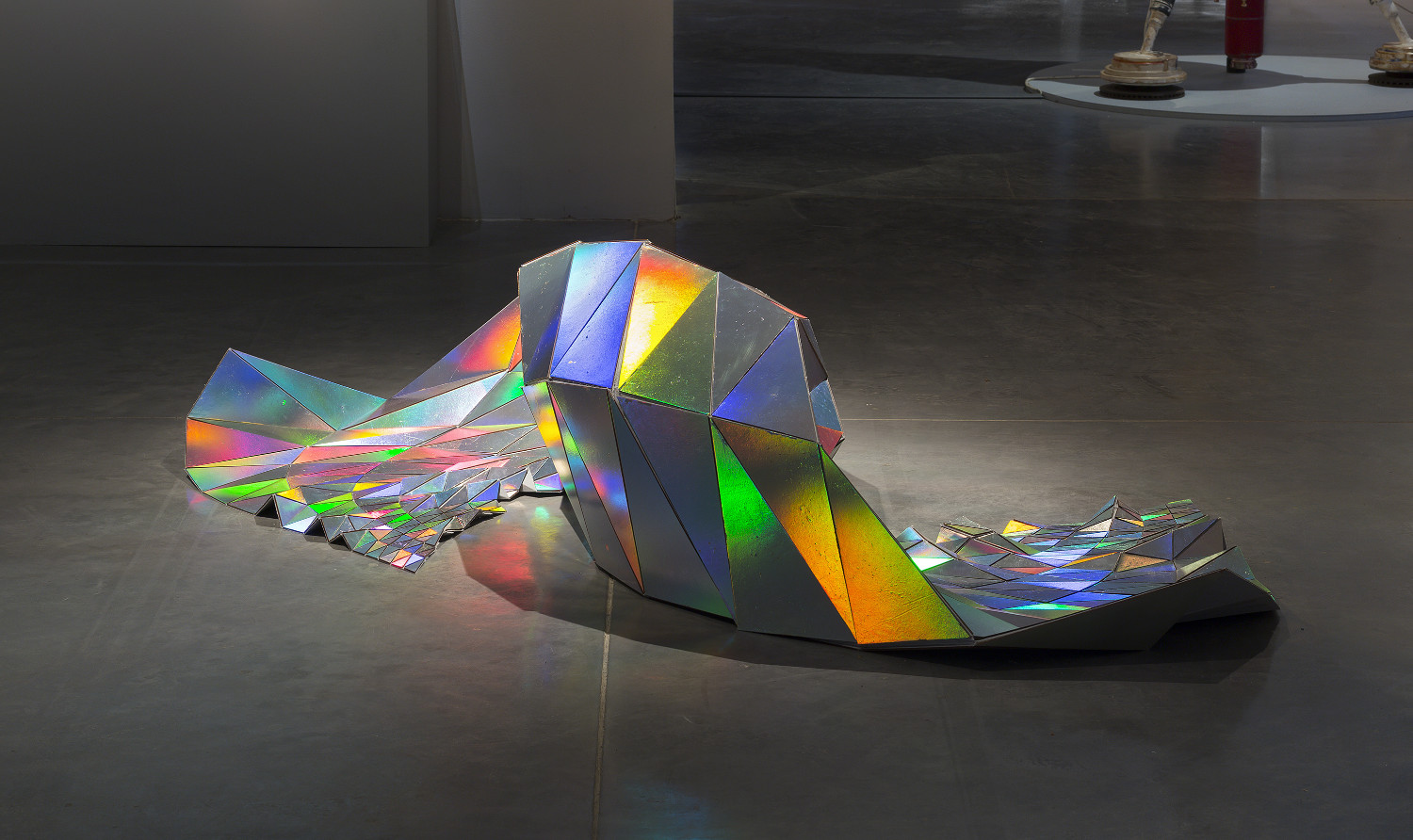 We would build an armor; its qualities shall provide what's needed in order to stay a mere potential being; its color, indefinite, will change constantly, entirely dependent on its surroundings (the angle of light, the position of its observer); its form will be ripped open (a segment of a Torus), falling short of realizing all that is concealed within its geometric pattern. Its shape shall stand on the threshold between second and third dimensions (neither a slice nor an object), and will constitute a multi-dimensional potential. Its holographic coating (a material with encryption capabilities) will be a source of excessive information, spread on the entire gamut of every shade. It should be noted – the infinite number of shapes we could have collapsed into; existence takes place between the fragments of all things / (it should be kept in mind that) / towers are also pits.