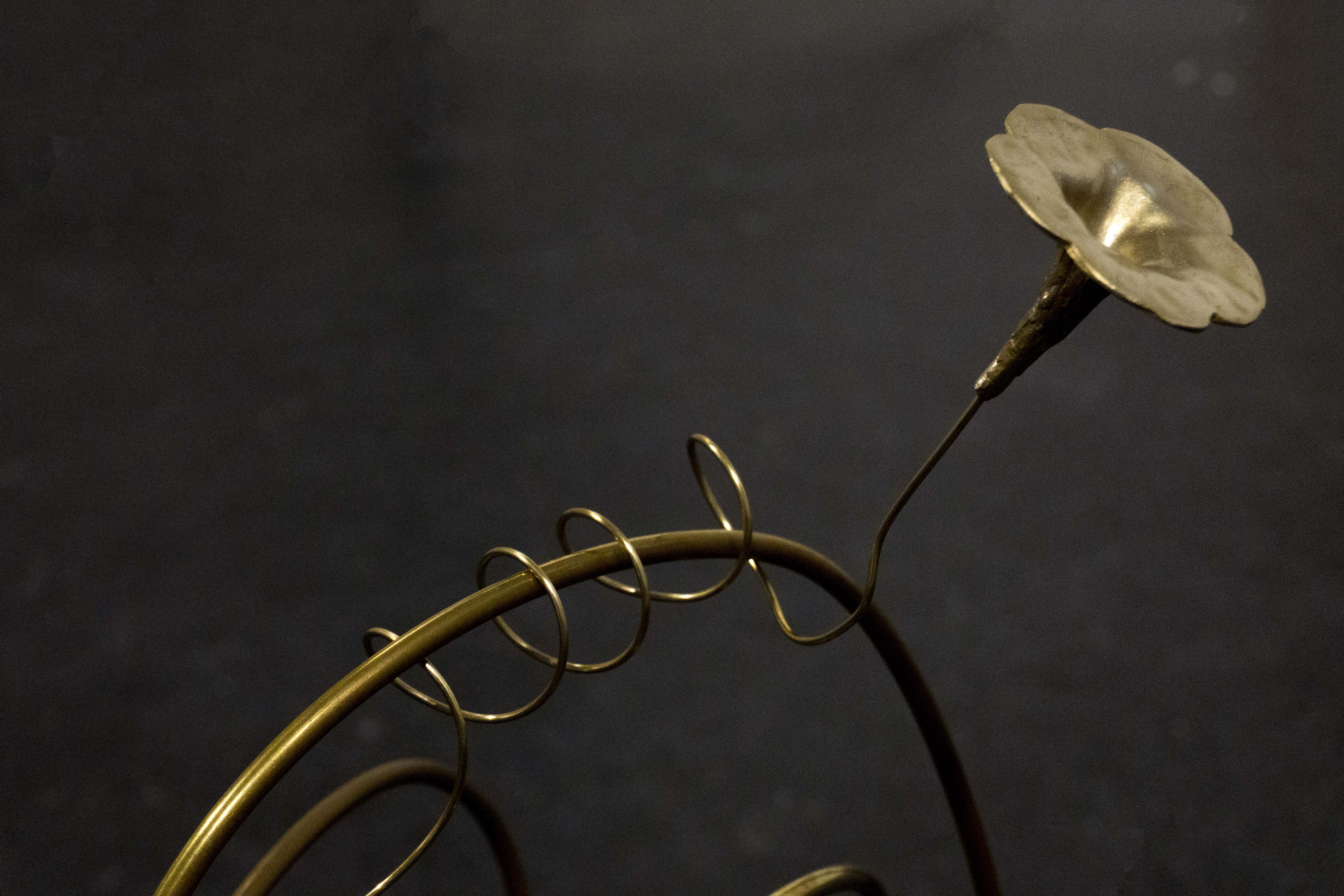 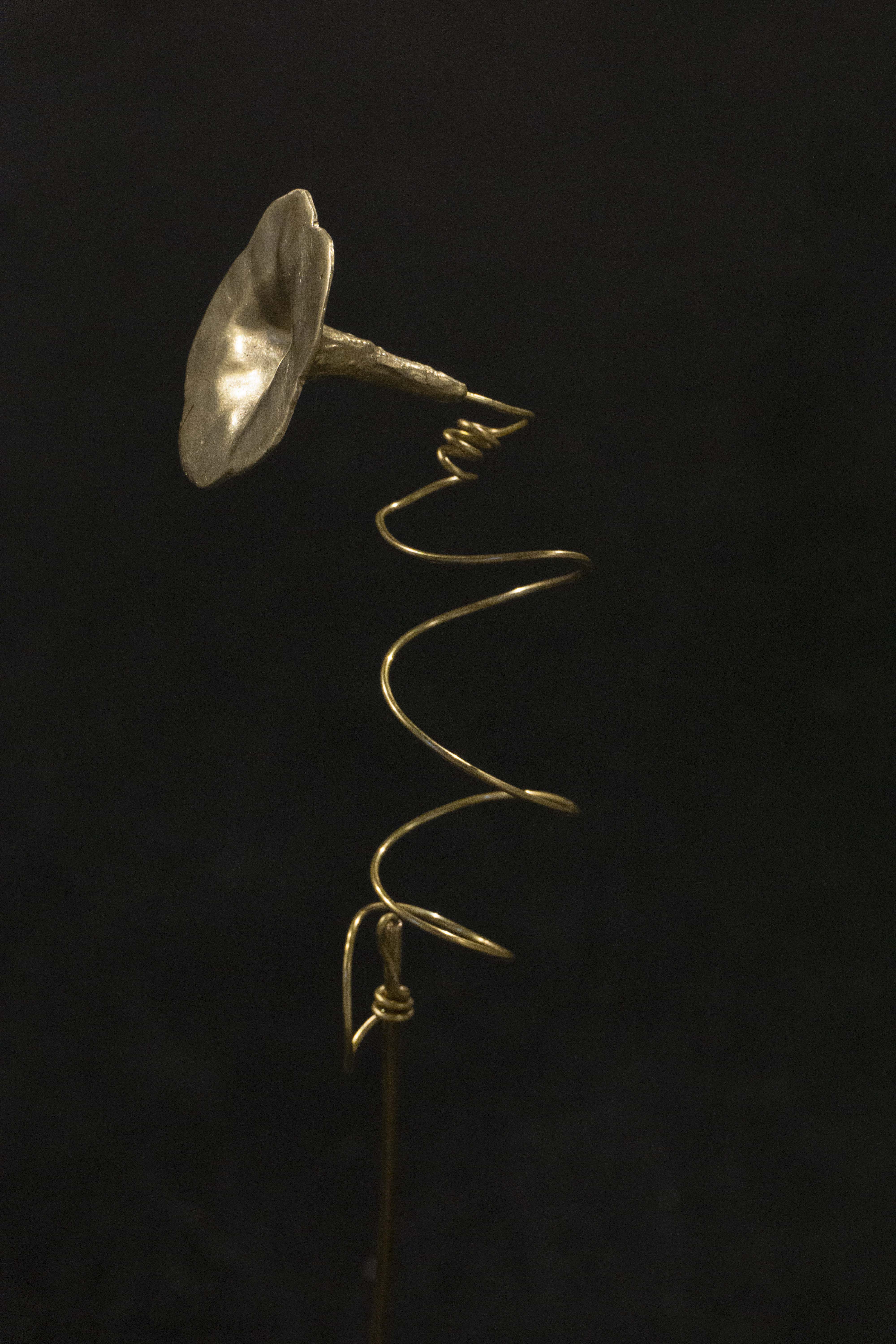 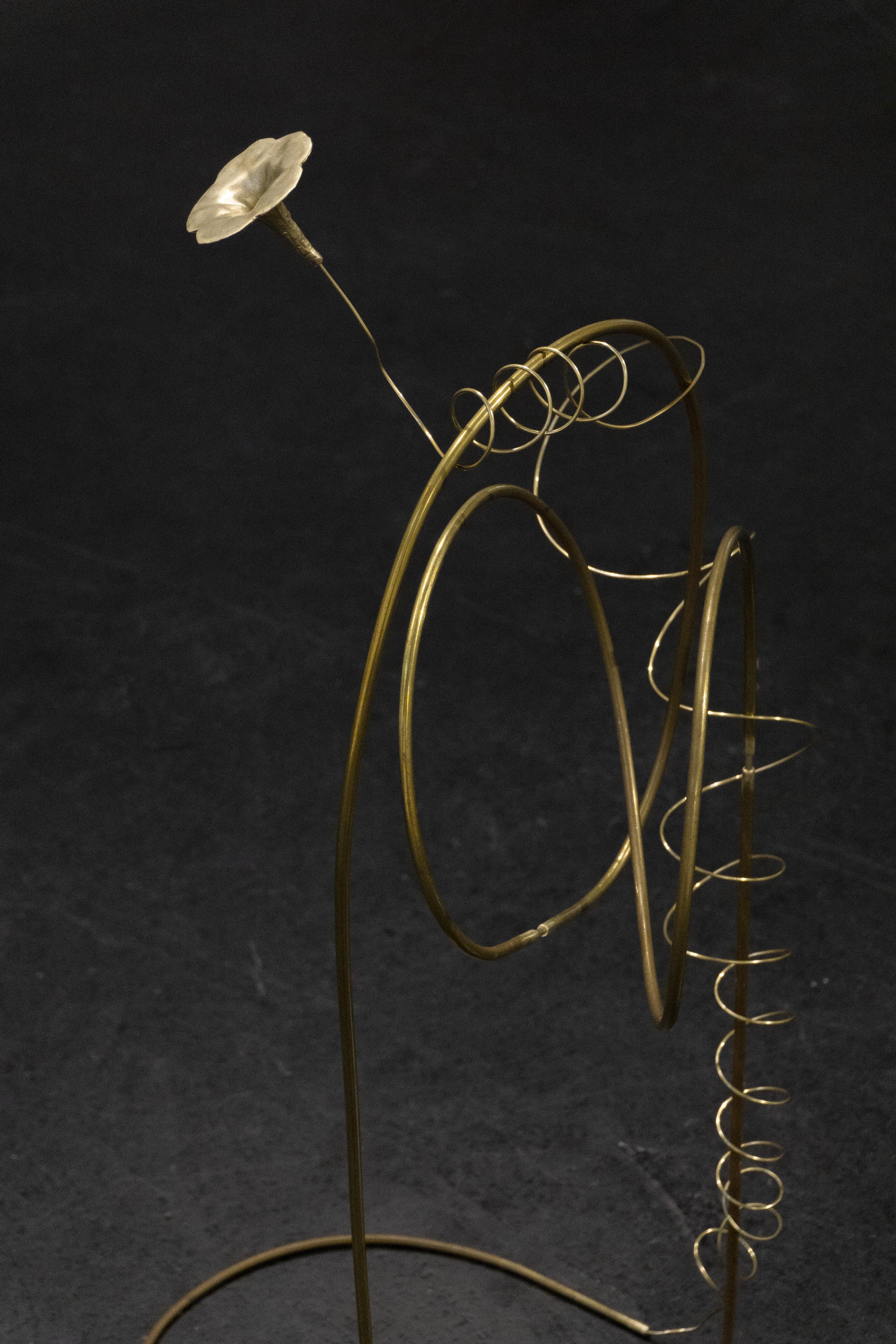 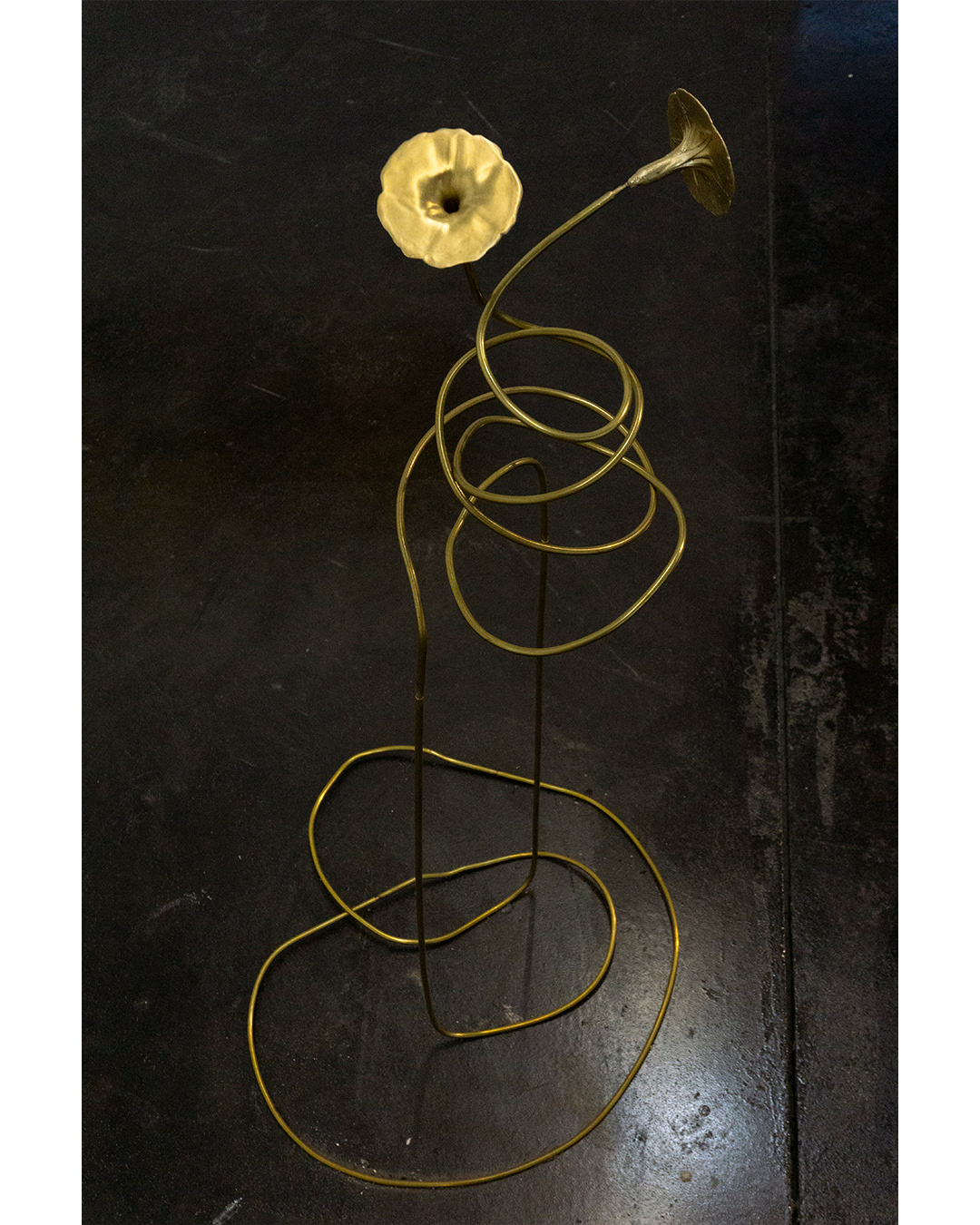 Various Entrances is part of an ongoing research process, originating from the Hermetic theory - a tradition of philosophical and religious beliefs originating in late antiquity. The theory holds that "as above, so below" - that is, the different levels of reality (from the microcosm to the macrocosm) are parallel, lie in each other, influence each other, and by understanding one (usually the microcosm) one can understand the other. From a shape-oriented point of view, this can be seen in the analogy between different systems - the branching of the veins in the body alongside streams and rivers, the spherical shape of the planets and the human eye, and more. The work focuses on the shape of the funnel, which has the potential of a poetic and functional manifestation, moving between the earthly and the heavenly: flowers, musical and cultural man-made instruments, and also - the curvature of time-space in the environment of black holes. Representing nature, funnel flowers exemplify the layer between the human and the celestial. In the work, real flowers are molded and cast in brass, to be later connected to constructions that echo structures of planetary movements. The casts potentially borrow listening and amplifying abilities from similar shaped instruments, such as stethoscopes and gramophones, alongside their potential of becoming a portal to a celestial, inaccessible place.